Skip to Main Content
It looks like you're using Internet Explorer 11 or older. This website works best with modern browsers such as the latest versions of Chrome, Firefox, Safari, and Edge. If you continue with this browser, you may see unexpected results.
Library Home

The Grand Canyon and the Colorado River lie at the heart of the collecting focus of the Cline Library's Special Collection and Archives, with literally dozens of collections and many thousand of photographs available in the Digital Archives.

How to search the Digital Archive to find more material

Images and Imagery of the Canyon

Below are links to some digital primary source materials available at Cline Library, Special Collections and Archives that illustrate and highlight the variety of connections people from an array of backgrounds have made with the Grand Canyon over time.  These are not SCA's only collection relating to Grand Canyon and the Colorado River. In fact, these are a mere sample of material housed in the archives. While there is ample overlap between the image creators, the list below is largely in chronological order, from oldest to most recent. Also included are recent virtual exhibits which help provide context to these materials and relationships. Use these resources to acquaint yourself with this region, and use them as a way to begin to explore the collections housed here. 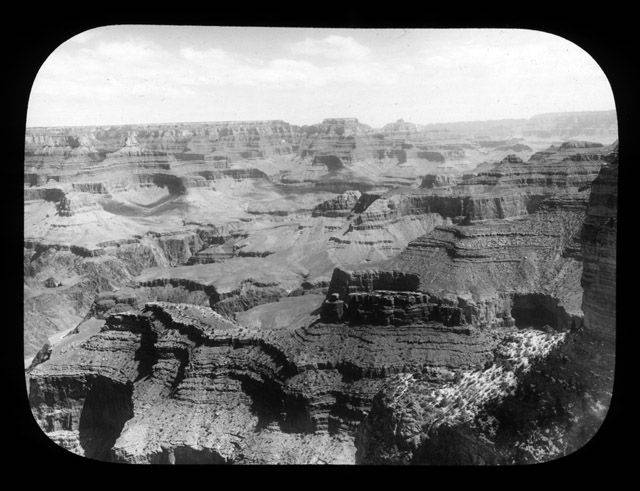 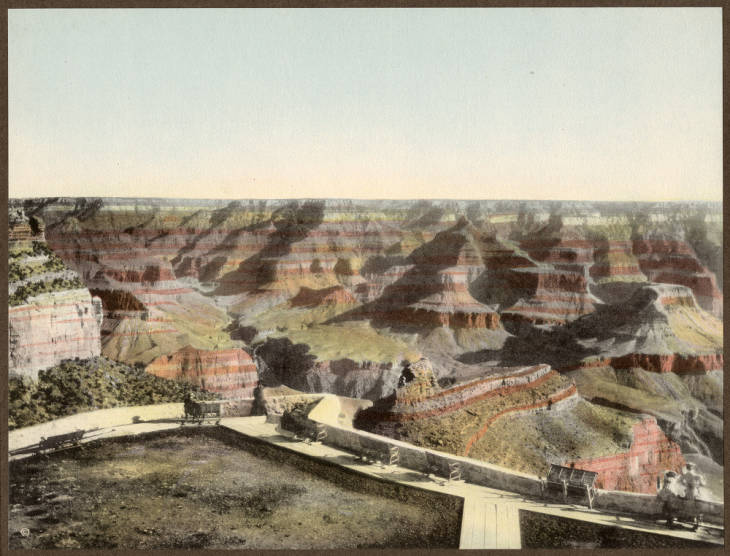 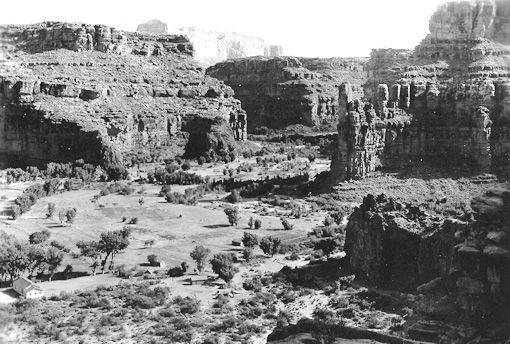 Florence Barker came from a missionary family based in Flagstaff who became a nurse (at a hospital/school in Denver), and spent her entire career as a public health nurse on the Navajo, Supai and Acoma reservations. Her images reflect a side of deep canyon life rarely seen by outsiders. 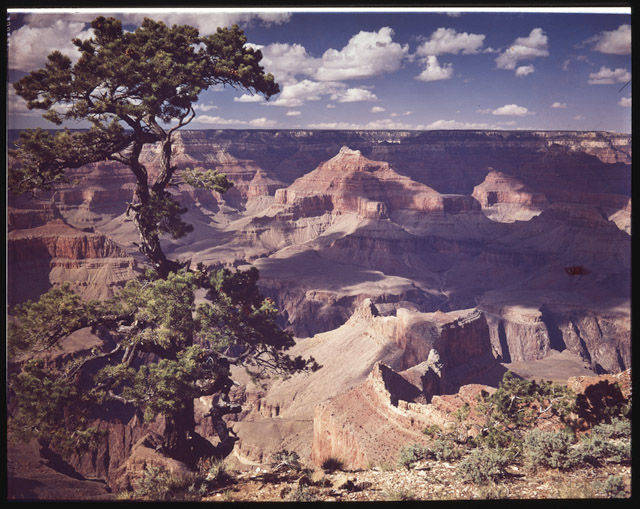 Joseph Muench was a consummate professional photographer whose well-crafted images define the scenic west. Muench's images were featured in Arizona Highways magazine for decades. Muench was the focus of SCA's 2005 exhibit: "Joseph Muench". 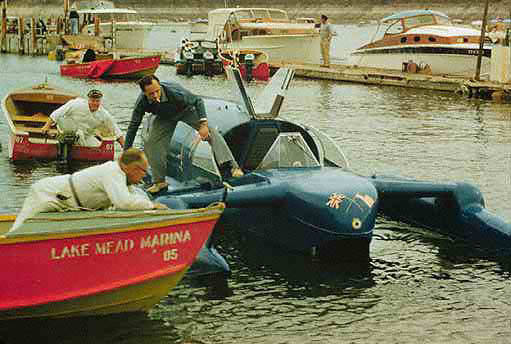 Bill Belnap was a commercial photographer based out of Boulder City, Nevada, and his images of the Canyon appeared in many publications including National Geographic. His images are unique in that they more often reflect the western canyon. Belknap was the subject of SCA's 1998 exhibit:"Bill Belknap: Photographer". 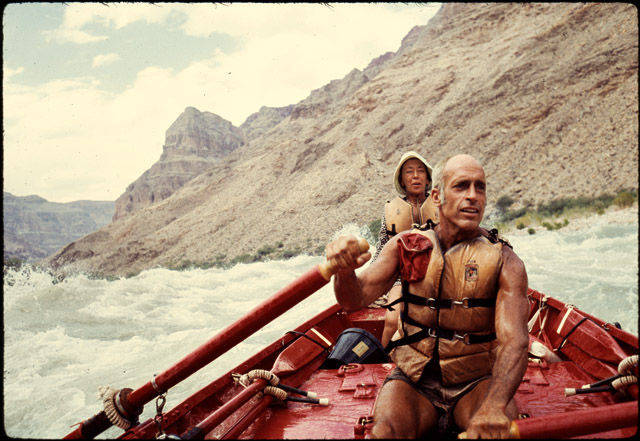 Fred and Margaret Eiseman (of Tucson) were early participants and employees of commercial Colorado River guides in the 1950s and 1960s with both Georgie Clark and Mexican Hat Expeditions before launching their own commercial (42-day!) river trips in the early 1970s. Their images reflect river life across this three decades, and their interests in flora, fauna, geology and hiking within the canyon. They used their images as sources in lectures and presentations. 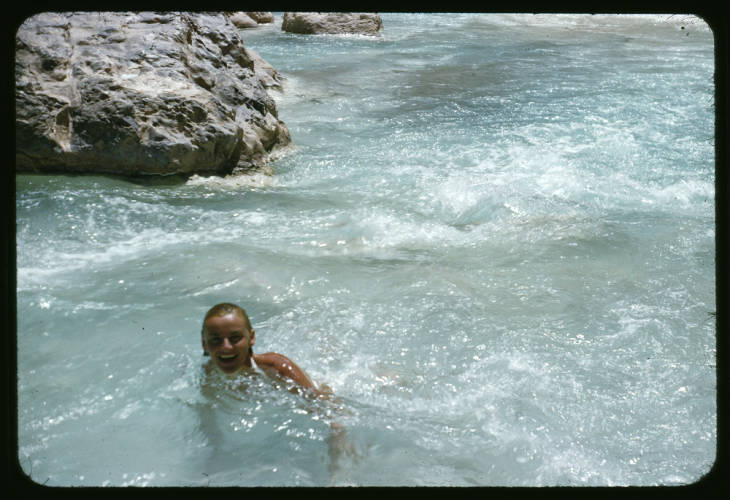 Amongst all of the fascinating parts of Katie Lee's life as actress, folk singer, environmentalist, activist and author, her love of the Colorado River was an anchor. While Grand Canyon was not her favorite art of the river- her enthusiasm for the broader environment, and the river environment are apparent. Katie Lee is the focus of SCA's current physical and digital exhibit: "Full Circle: The Life and Legacies of Katie Lee". 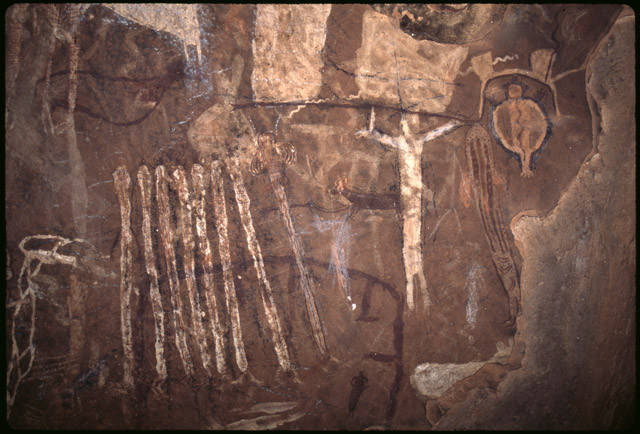 These photographs (slides and born-digital photographs) illustrate Allen's explorations of the rock art left by the Indigenous peoples, including the Ancestral Puebloans, who inhabited the western United States, particularly the Colorado Plateau- in this case within the confines of Grand Canyon. 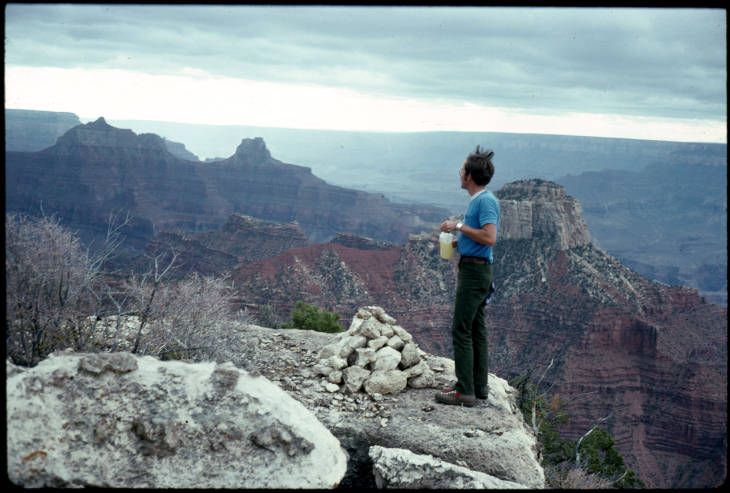 Harvey Butchart was a member of the Mathematics Faculty at NAU, and the faculty advisor to NAU's oldest student organization- the Hiking Club. These images document Butchart's many miles and hiking trails taken through the Grand Canyon. 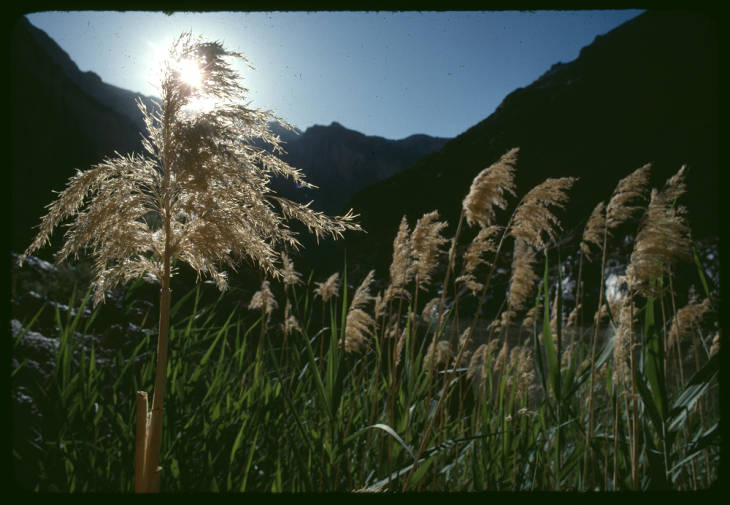 John Running was a commercial Flagstaff-based photographer. The Grand Canyon appears as the backdrop to many of his thematic shoots. John Running was the focus of SCA's exhihit: "Offerings to the Gods of Light and Shadow".

Other Voices (writings and oral histories): 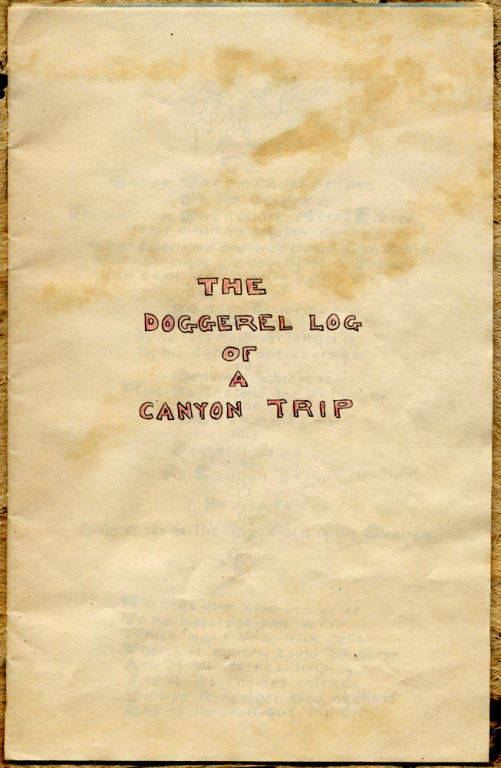