This page will help you:

The Cline Library has a number of audio and visual recording devices available for students to check out. This equipment can record high definition videos with enhanced audio clarity in order to help you produce a professional-level video project. All library equipment can be checked out from the Ask Us desk for a period of three days. Click on any of the links below to view availability, or visit https://nau.edu/library/laptops-equipment for more information about all the equipment available at the Cline Library.

The Studios at Cline Library include an advanced multimedia computer lab and a set of seven "studios" that support the creation of graphics, audio and video recording and editing, as well as the creation and exploration of extended reality experiences. All of our Studios are available to NAU and CCC students, faculty, and staff throughout the year. The Studios are equipped with advanced multimedia equipment and software. 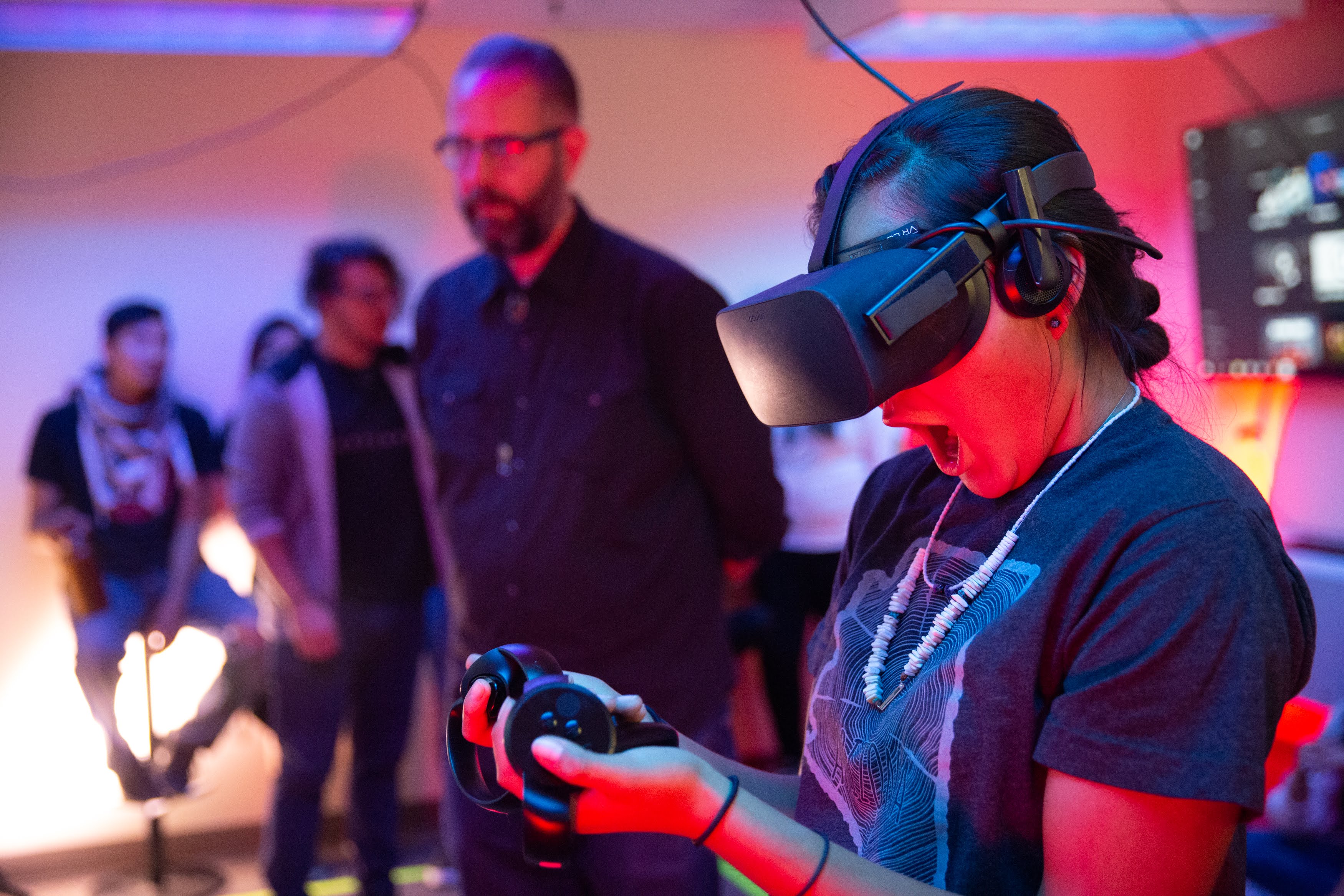 NAU students, faculty, and staff may reserve a studio online for up to two hours a day, up to two weeks in advance. To schedule a Studio at Cline Library: